Dr. Mahmoud Mohieldin: It is necessary to multiply adaptation funds up to $62 billion 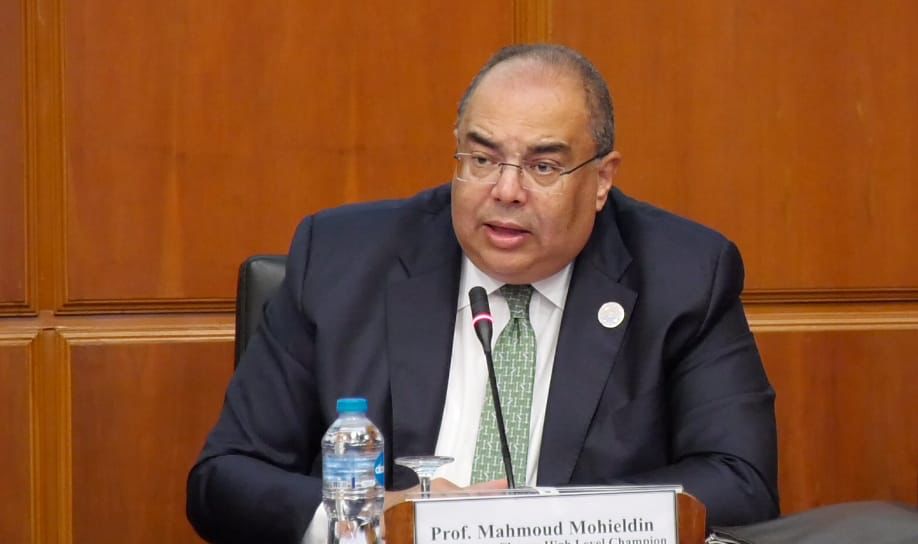 Dr. Mahmoud Mohieldin, UN Climate Change High Level Champion for Egypt and UN Special Envoy on Financing 2030 Agenda for Sustainable Development, stressed the need to distinguish between adaptation and losses and damages as each file must be addressed differently, especially since the file of adaptation is still already suffering from a great deal of neglect and lack of funding.

These statements came during Mohieldin’s speech at a virtual session by UNCTAD on financing the global adaptation challenge with the participation of many specialists and representatives of relevant international organizations.

The climate champion emphasized the importance of adaptation for developing economies in emerging markets and for Africa in particular.

According to the report from the Climate Policy Initiative, Africa needs $2.8 trillion between 2020 and 2030 averaging $277 billion annually. In this regard, Mohieldin explained that Africa currently receives approximately $29.5 billion annually, of which $14.6 billion are for mitigation and about $11.4 billion are for adaptation.

In the same context, Mohieldin stressed the need to multiply the amount allocated for adaptation by six times to reach $62 billion.

Mohieldin referred to the dependence of climate finance on state budgets, either directly through mobilizing domestic resources or through borrowing, bearing in mind that some countries are more vulnerable than others and need to spend at least 20% of their GDP.

According to Mohieldin, 97% of adaptation funding in Africa comes from public sources, and only 3% comes from the private sector.

On the other hand, the climate champion highlighted the opportunities for public-private partnerships, especially in light of the nexus between water, food, energy and basic infrastructure, noting the need to mobilize more public financing and soft resources for adaptation and strengthening the role of the private sector.

The climate champion noted that there are many localized efforts when it comes to adaptation. But the Secretary-General’s initiative with the entire United Nations system was partnerships on establishing an early warning system was of paramount importance as it contributes to supporting climate action based on a complete system of data in partnership with the insurance sector, consulting companies, scientists around the world, think tanks or research centers.

Mohieldin concluded his speech by emphasizing the need to renew or increase the capital of the multilateral development banks and the replenishment of the Green Climate Fund, which must take into account how to finance future needs, especially when it comes to technical assistance and capacity development.