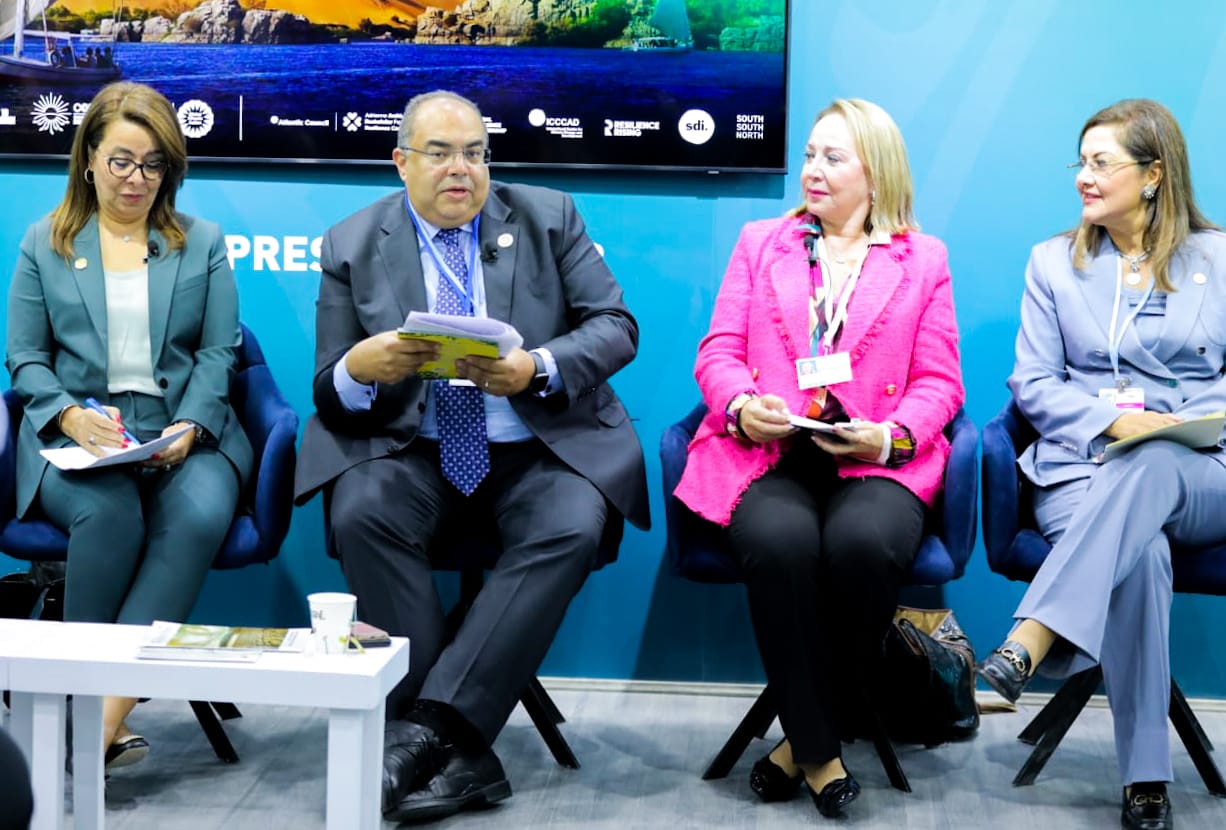 His remarks came during his participation in a session about the role of art in addressing climate change on the first day of COP27, with the participation of Dr Hala El Said, Minister of Planning and Economic Development, Dr Ghada Waly, Executive Director of the United Nations Office on Drugs and Crime, and Randa Fouad, World Art Forum President.

Mohieldin said that 49% of Earth habitants don’t see that climate change represents a crisis that needs an instant cure, adding that art easily reaches all people and helps raising their awareness which is the important role of art in regards to climate change.

“The majority of the developing countries people doesn’t care about climate issues despite being the most effected, this demonstrates the vital role of art in raising climate change awareness.” Mohieldin explained.

Mohieldin noted to the quote of the British thinker John Austin in which he said that nations write their biographies in 3 books which are book of deeds, book of words, and book of art, saying that any discipline in any field towards climate action and development is important.

The climate champion said that the National Initiative for Smart Green Projects witnessed the submission of more than 6200 projects including some projects that are artistic, digitalized and eco-friendly, adding that he asked to translate a drawing book for children about environment and climate from Spanish to Arabic to raise awareness of Arab children about climate crisis.