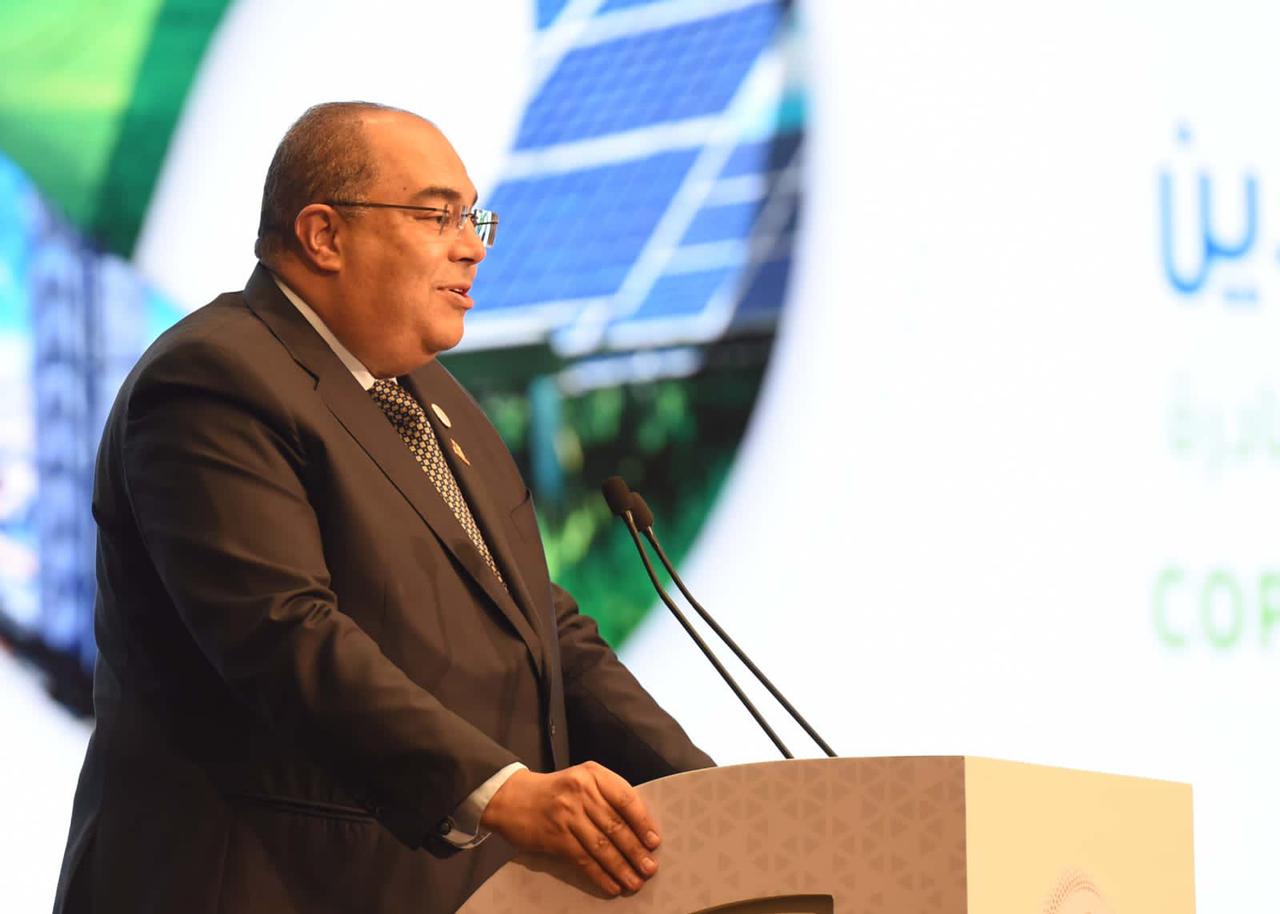 Mohieldin: The National Initiative for Smart Green Projects is a translation of localizing sustainable development

The announcement was made in a ceremony attended by the Prime Minister along with the Ministers of Planning and Local Development, the President of the National Council for Women and representatives of international organization. The event was also attended by Elena Panova, the resident representative of The United Nations in Egypt.

Dr. Mohieldin explained that the initiative is one of three important initiatives adopted by the Egyptian presidency, and no one has preceded us in this regard. The initiative will be an annual event.In addition to this initiative, another initiative is to prepare a list of projects from the five regions globally. The third initiative is to support Egyptian universities and research centers in innovation and research related to climate action. “In this regard, we thank all Egyptian universities and research centers for supporting the Smart Green Projects initiative.” Mohieldin added that green and smart initiatives are linked to sustainable development in Egypt, praising the Prime Minister’s decision to support and establish this initiative annually. Mohieldin stressed that Egypt enjoys the ability to compete and respond to global initiatives such as this one, and this became evident with the number of projects that it submitted.

He explained that this initiative comes as a translation of the goals of localizing sustainable development. At the level of investment, there are great opportunities for the projects presented in the competition to cooperate with the Federation of Industries, the Stock Exchange and international institutions with the aim of opening up broader horizons.

The climate champion also stressed that these initiatives provide a dynamic map for investment in the Egyptian governorates, as well as an opportunity to increase investment and export and achieve further development and innovation. There is an opportunity to take this initiative from its local framework to international horizons, he added

Dr.Mohieldin thanked all the ministries that support this initiative including Ministers of Local Development, Planning, Environment, Communications, Information Technology and International Cooperation, as well as the National Council for Women and the National Training Academy

According to Ambassador Badr , the winner of the first place will be awarded 750,000 pounds, the second 500,000 pounds, and the third 250,000 pounds. This is in addition to the United Nations support for the 18 projects. It is noteworthy that Dr. Mostafa Madbouly, Prime Minister, has launched the National Initiative for Smart Green Projects in the governorates nationwide .

The categories also include development projects related to women, climate change and sustainability.

The winning projects will be presented at COP27 along with one project that represents each governorate .