On Progress: Disruptives and Pathways.  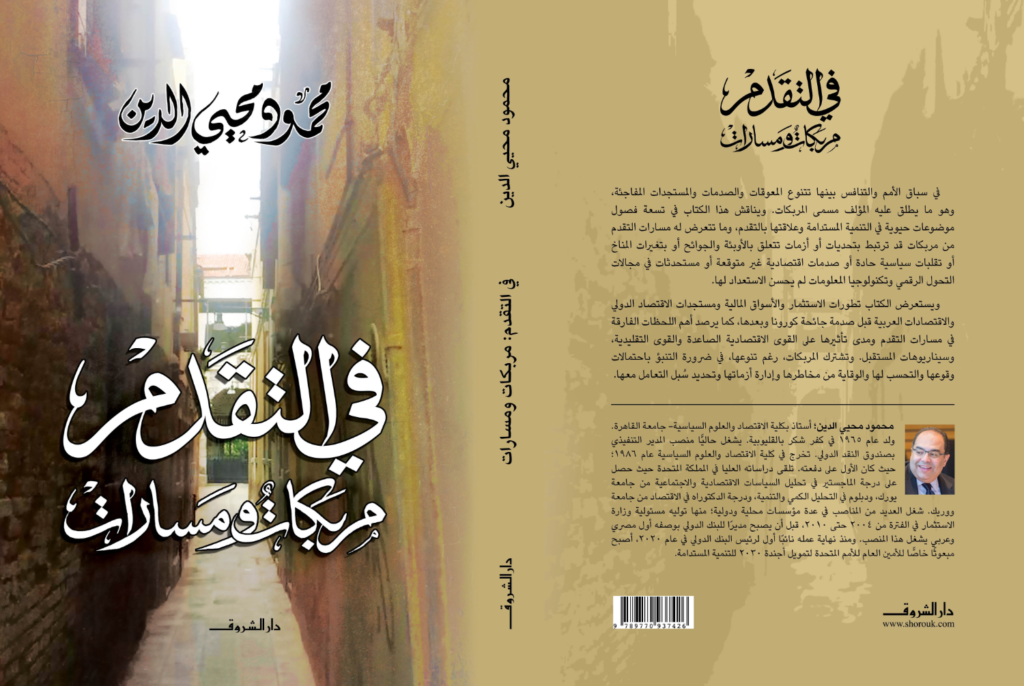 The book reviews developments in investments and financial markets, updates on the international economy as well as Arab economies, before and after the pandemic shock. It also evaluates the defining milestones in paths of progress and their impact on the emerging economic powers, traditional forces, and future scenarios. Despite their diversity, disruptives take part in […] 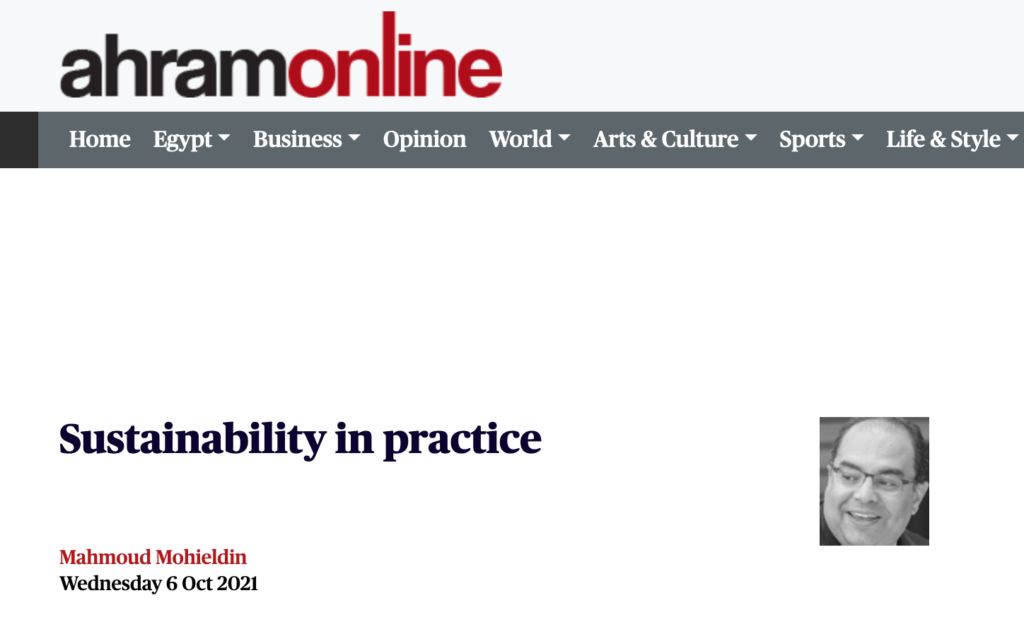 A Google search for the word “sustainability” gave 970 million hits in English and 12 million in Arabic. The difference between the two reflects much more than just disparities in levels of awareness and usage. In 1987, the UN defined sustainability as “meeting the needs of the present without compromising the ability of future generations […] 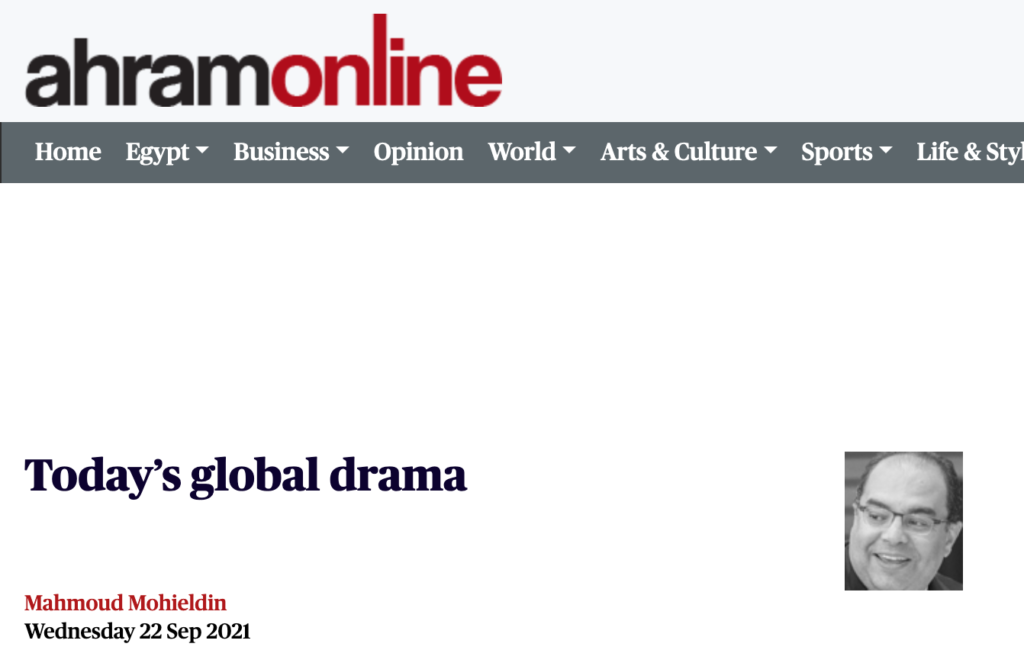 Over half a century ago, the Swedish Nobel Laureate Carl Gunnar Myrdal published his three-volume Asian Drama: An Inquiry into the Poverty of Nations (1968), which, based on a decade’s observations of economic growth and development in the emerging Asian countries, ultimately concluded that the vast and growing income gap between these countries and the […]

Messages from beyond the river 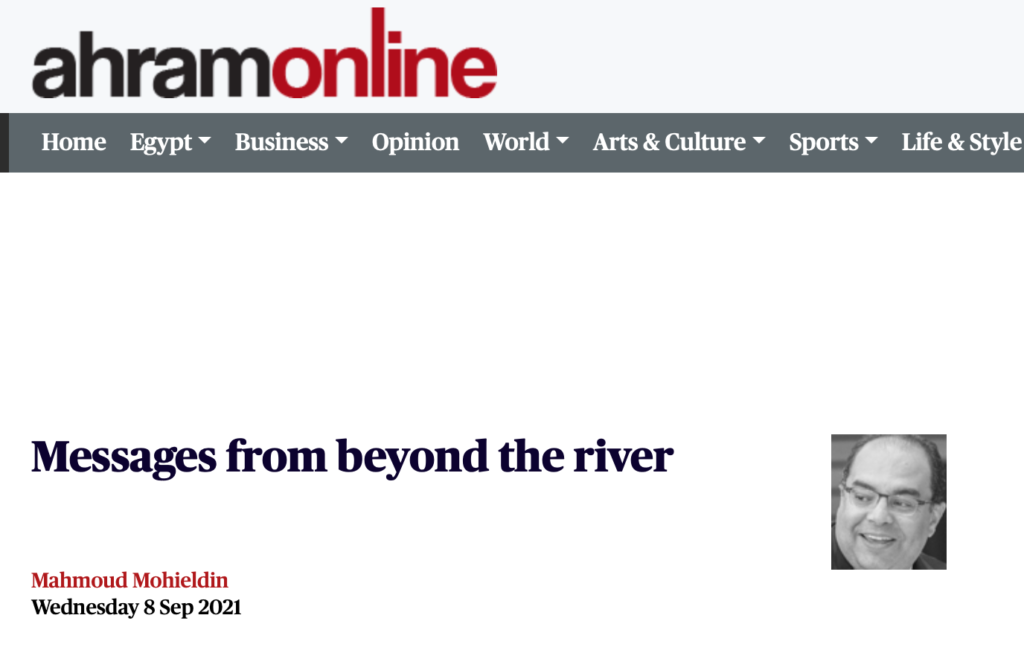 “The lands beyond the river” conjures up the history of the early Islamic conquests of the area between the Jayhun (Amur Darya) River in the south and the Sihun (Syr Darya) River in the north of Central Asia. Today, this area roughly comprises the modern states of Uzbekistan, Tajikistan, southern Kazakhstan, and south Kyrgyzstan. The […] 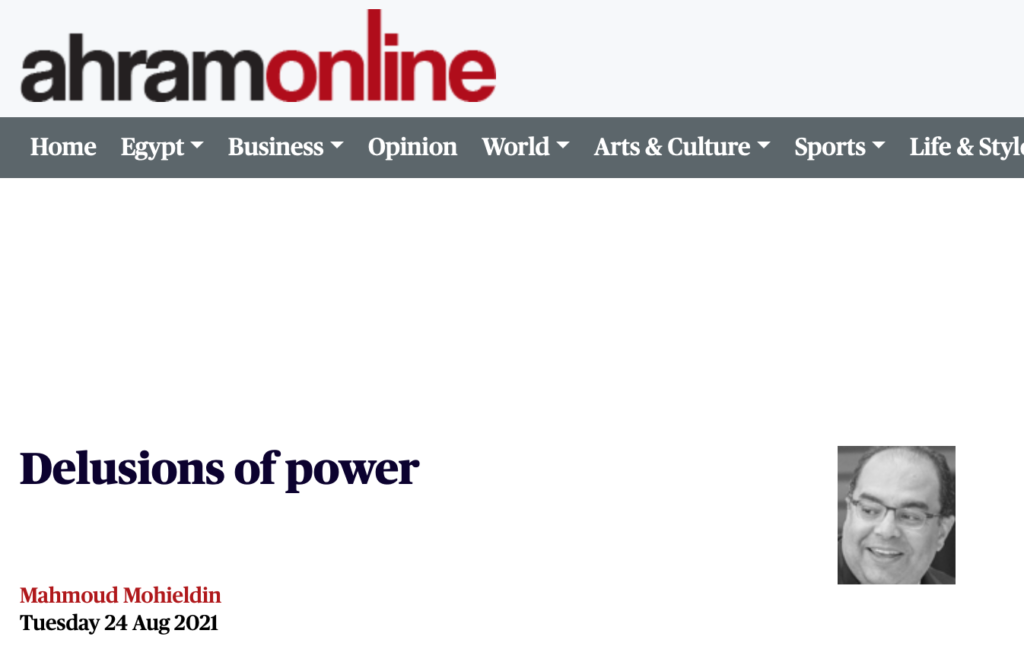 With the collapse of Kabul, 20 years after the US invasion of Afghanistan, US President Joe Biden informed the world that the purpose of the US campaign in Afghanistan had never been to build a state or create a democracy. A Taliban leader confirmed that the movement would never adopt a democratic system.  “Afghanistan is […]

SDGs as an Operational Framework for Post Covid19 Response and Recovery

Despite progress on a number of goals, the world was not moving fast enough towards achieving the Sustainable Development Goals in the pre-COVID era. The Decade of Action started with the hit of the COVID-19 crisis, which stressed the urgent need to tackle the root causes of vulnerabilities. This paper explores the roles of different […]

The future of money 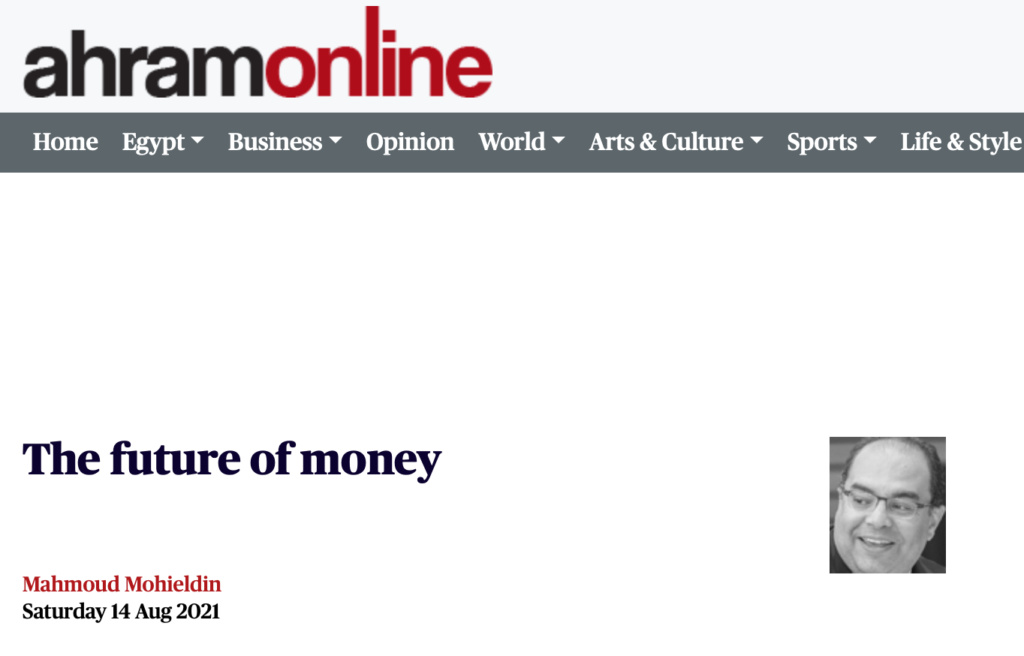 In only a couple of years or so, central banks worldwide will start issuing digital currencies that we will carry in digital wallets on our mobile phones. Tangible paper and metal currencies will disappear. But whatever shape and form money comes in, it still needs to serve as a unit of account, a store of […] 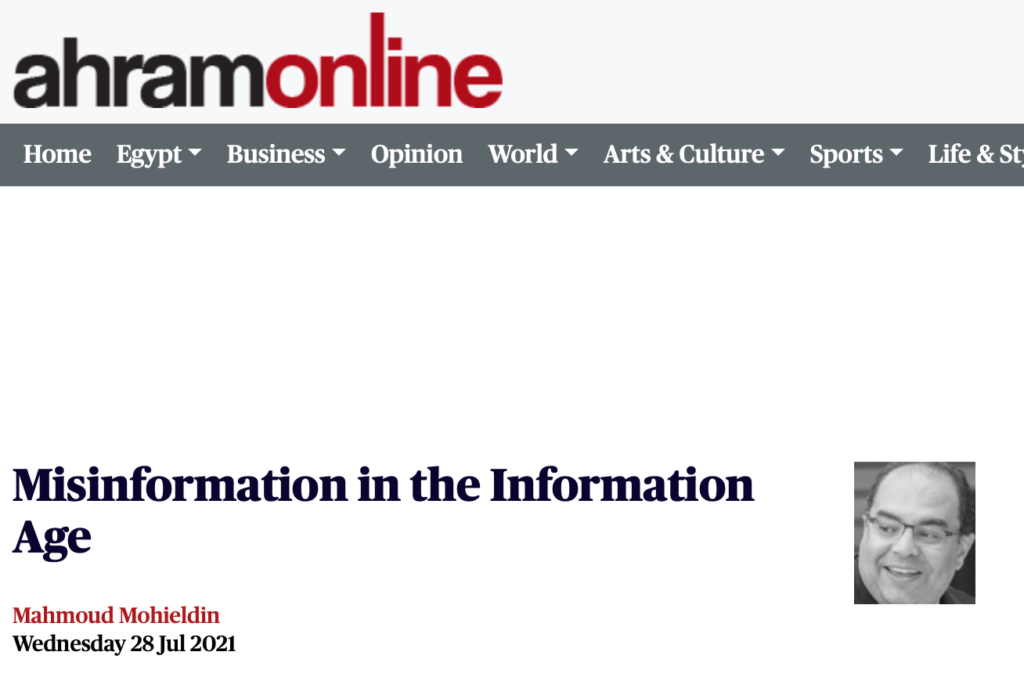 An old maxim among traders on the stock exchange says “buy on rumours, and sell when on news.” In practical terms, this means that when there is a rumour that a company’s value will shoot up, speculators should not wait to corroborate it but instead should rush to purchase stocks in the hope that the […]

Football and the economy 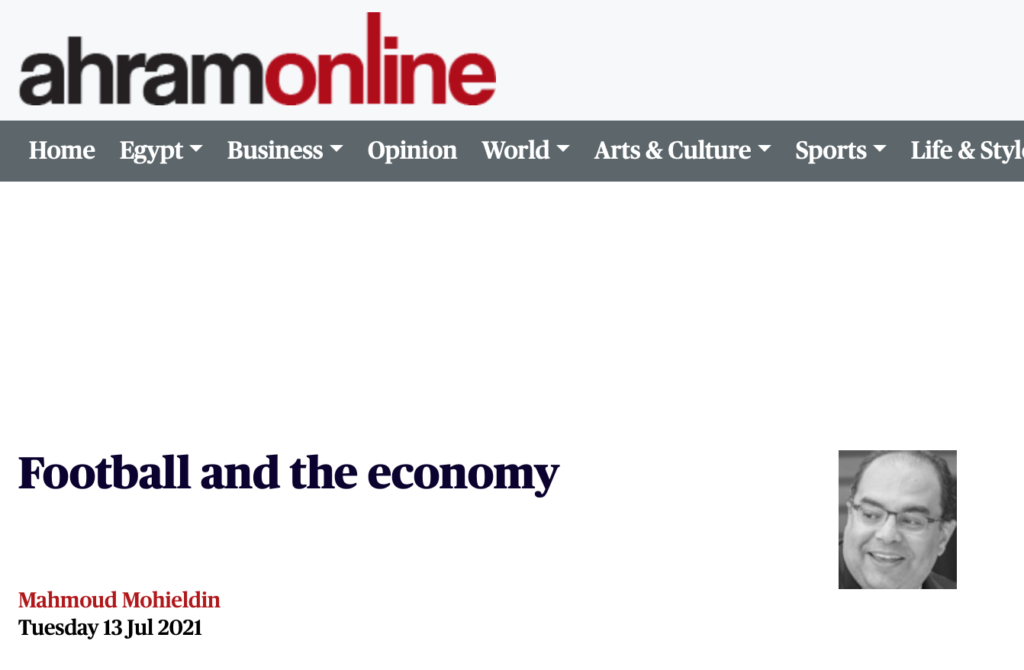 On the eve of the UEFA European Football Championship, a BBC reporter asked an English football fan which side he expected to win. The reporter prefaced his question by saying that “I know predictions are meaningless today, but I’m going to ask you anyway.” The fan then predicted that the English team would win because […]